Any help on missing information would be appreciated 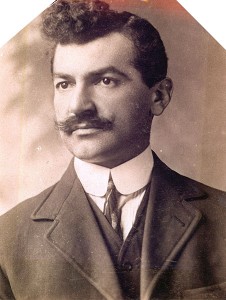 This registration was passed via several official channels before it eventually arrived in Picinisco.

The birth was registered in Picinisco on 16 April 1879.

Worked and lived in Munich

Arrived in Edinburgh after 1901 census and before 1906

Had following jobs in Scotland:-

Achille was fluent in several languages and was capable of reading and writing in English, German, French & Italian. Indicating that his parents spent money to educate him.
I believe he got this education from the priests at the church in San Giuseppe. My aunt recalls him saying that “he lived above the village and always had to come down, with his brother, to the church for lessons”

As seemed the norm at the time his parents did not spend any money on the education of his sisters.